A lot of stuff has been heating up our Facebook page this week, here’s a peek at what’s been hot:

Make sure to check out our Facebook page to get in on the conversation!

Last week I was looking at the Daily Item’s website when I saw something that caught my eye. I turned to city editor and fellow Danvillite Bill Bowman and said, “Well, you know how townie I am? I just saw the announcement that the Southside Carnival is starting next week and I thought, ‘Well, there’s dinner for next week.'”

The Southside Firemen’s Carnival is a tradition for those raised in the Danville townie lifestyle – it’s something those outside of the fold would hardly consider a “fair.”

But those in the know understand that the food can’t be beat there. You go, you see your fellow Danvillians, you gain 10 pounds, you listen to some great music, maybe play a game or ride a ride with the kids and you leave.

I had wings and french fries, followed by a funnel cake. I probably exceeded my monthly quota for cholesterol intake, but I don’t regret it.

Here’s a peek at what I’m talking about: 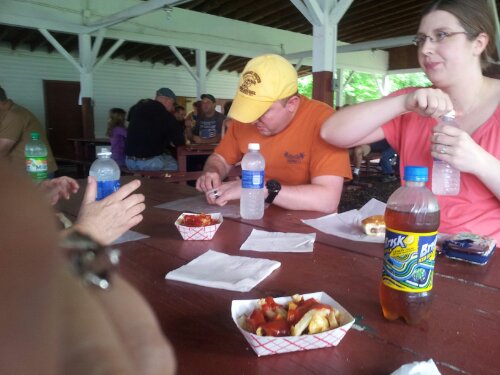 This is in the cafeteria-style pavilion as we were getting started.

END_OF_DOCUMENT_TOKEN_TO_BE_REPLACED

Last week, I asked the Valley’s high school football coaches to predict who would emerge from this weekend’s NFL playoff games victorious and live on to fight for the Super Bowl title.

Now, it’s time to see who was the closest.

Most of the five polled coaches predicted a 49er victory, so this competition comes down to who guessed the closest to the final score – 28-24.

Jeremy Winn, of Lewisburg also predicted a 28-point feat for San Francisco, and he had Atlanta at 17 – one touchdown away from their final tally.

Winn wins this round.

In this round, only two coaches predicted Baltimore as the victor – Winn and Jim Keiser, of Danville.

So who was closer to the final score?  It’s tough to say.

So it’s a tough call, though I have to hand it to Keiser, who guessed on the side of a lower-scoring game.

But the overall winner of this “guess the winner challenge” is Jeremy Winn, who picked both winners, and was extremely close on the AFC game.